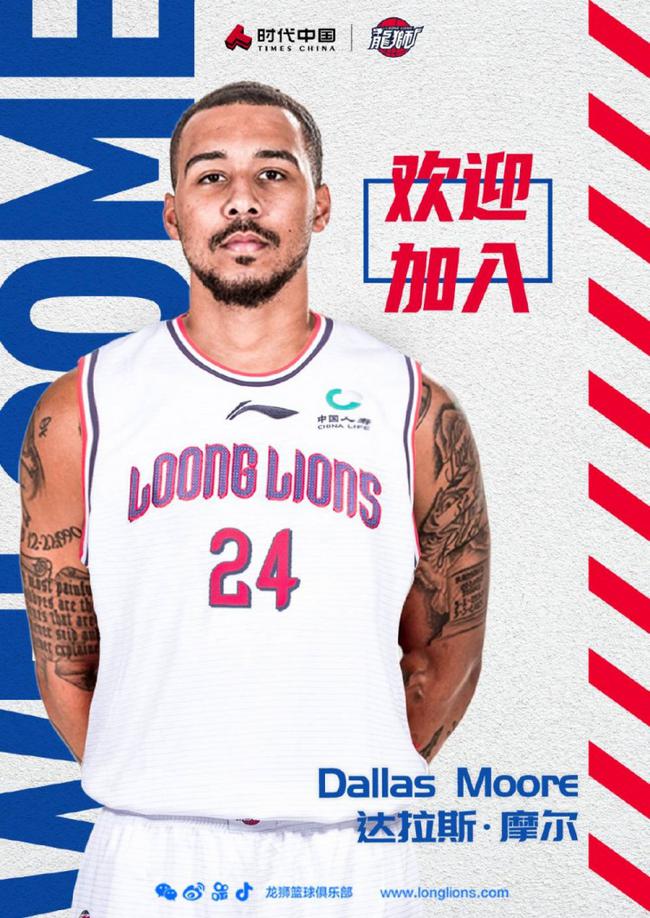 The Dragon Lions Basketball Club signed with guard Dallas Moore and center Isaac Haas. After being reviewed and approved by the CBA League, the two players have officially become club registered players and will represent the Times China Guangzhou team in the new season CBA League.

Dallas-Moore is 1.85 meters tall and graduated from the University of North Florida in the United States. He is the history scoring leader of the school team. In his junior and senior seasons, Moore was elected the NCAA Atlantic Sun League Player of the Year for two consecutive years. After graduating in 2017, Moore participated in the NBA Summer League as a member of the Denver Nuggets, averaging 9.3 points and 1.6 rebounds per game. Moore has played in Serie A and the Israeli League. Last season, Moore played for the Ligue 1 Nantes team, averaging 14.6 points, 2 rebounds, 2.4 assists and 1 steal per game, and made more than 40% of his 3-pointers.